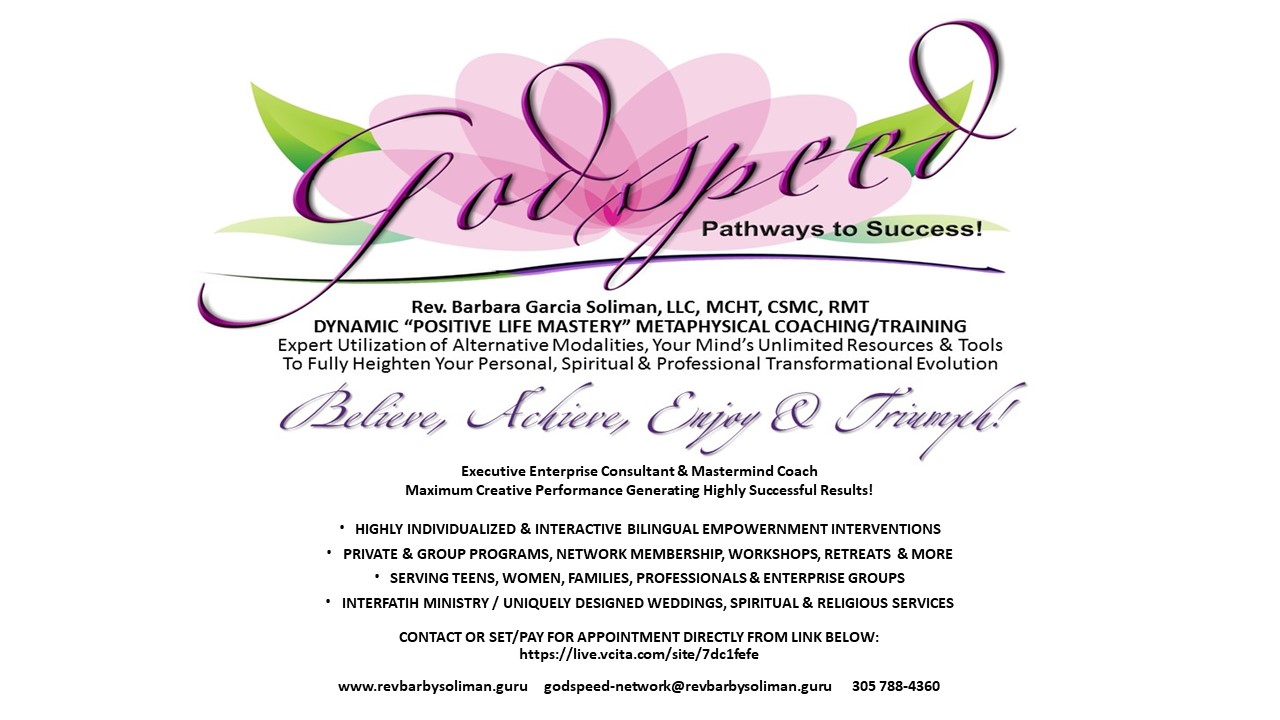 This very sacred, yet highly dynamic & professional space shifts your energy, validates your core essence and helps you realize your deepest dreams & convictions are possible!Intense Work With Angels, Aura/Chakra Reading, Mystic Parties, Exploring the World of Metaphysics & the Mind, Women Connected Groups, Drumming/Tuning Bowls and Chanting Empowernment ... Inspiration, motivation and shift in contextual values to fuel your subsconscious into action. It does not judge, it creates... I can give you the tools & momentum to thrive through your journey & celebrate each step of your way there. Use these teachings to inspire you to TRIUMPH! Go for it & Carpe Diem! Namaste!

Amazing Cloud Formation.... Notice the X and Y in the sky

All were looking east for the supermoon, yet the sun was making quite an spectacle to those who were also looking west! Namaste!

Angels in the sky guarding another angel in earth, Tati awaiting a miracle....

amanece.... the high power of the suns greets you today

STRENGTH AND MIGHT OF THE "SO CALLED WEAK," TO SUCCEED AT THEIR DREAMS!


PERSEVERANCE, SUCCESS AND TRIUMPH OF THE UNEXPECTED!

I have a great dream, we all have great dreams. Many times we have to start those dreams over and over. Yet, they lurk in our minds and hearts. Is it failure when we do not reach the success we desire in a dream? Is it our loss when we do not reach our goals and expectations? Is it a catastrophe when others either make fun or put us down because of our “so called failure,” in their eyes? Are we less of persons, because our business, schooling, whatever goal or adventure did not turn out well? Can we be worst judged that that person who reached their desired goal or business success due to easier circumstances, the necessary financial backup, expertise, or simply “luck”?

In answering the above questions an entry in Pat Donworth’s blog, the following story came to my mind: 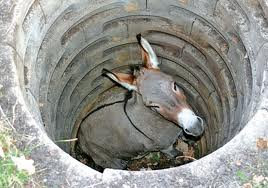 One day a farmer’s donkey fell down into a well. The animal cried piteously for hours as the farmer tried to figure out what to do. Finally, he decided the animal was old, and the well needed to be covered up anyway; it just wasn’t worth it to retrieve the donkey.

He invited all his neighbors to come over and help him. They all grabbed a shovel and began to shovel dirt into the well. At first, the donkey realized what was happening and cried horribly. Then, to everyone’s amazement he quieted down.

A few shovel loads later, the farmer finally looked down the well. He was astonished at what he saw. With each shovel of dirt that hit his back, the donkey was doing something amazing. He would shake it off and take a step up.

As the farmer’s neighbors continued to shovel dirt on top of the animal, he would shake it off and take a step up. Pretty soon, everyone was amazed as the donkey stepped up over the edge of the well and happily trotted off!

Remember the five simple rules to be happy:

1. Free your heart from hatred – Forgive.

2. Free your mind from worries – Most never happens.

3. Live simply and appreciate what you have.

5. Expect less from people but more from God.

You have two choices… smile and close this page, or pass this along to someone else to share the lesson. God bless us all!

by Hormuzd J Dadinath (Feel free to pass this on, but please do so in its entirely and please credit Hormuzd J. Dadinath for the photo and story. Thank you!)

As the monkey in this story, or the spider who tried many times in front of my eyes to cross over to the other tree in order to successfully finish its web. This spider failed at it 7 times. Guess what, when I thought it had given up, there it went again, and whoola! The spider, as little as it was, did get to the other tree and finished in a matter of an hour or so, the most beautiful web I remember seeing. The itsy, bitsy spider could have stopped on the fourth, fifth, sixth, or even seventh try, but NO, it took the eighth one to succeed! 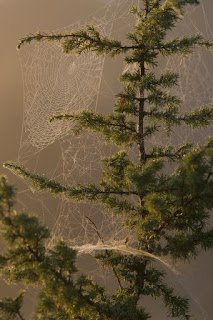 What made it finish its magnificent work of art? Determination, will, guts, perseverance, focus, desire, strength, might, love, passion, hope, faith and so on….. The spider nor the monkey gave up, so how can we not follow that which fills our heart with hope! No matter how disheartening, how others laugh or ridicule one, how hard or far away it looks. Do not give up!

We do not see 90 % of what is around us.The gamma rays, the xrays, the rest of the color spectrum, the radio/tv/microwave rays… Ahh, how about the mind and its infinite power, the subconscious and its marvels of automation and reliance, the divine process that holds all together, the nothing where all sub-atomic particles that make us and all up dance to the dance of the neverending sound and vibration, how about air and its far reaching pranic life force which goes much further than the recognized oxygen, nitrogen and other gases that make it up. There is so much we cannot see, yet it is all there. Many of today’s normal things, were once, one man’s dream or goal to prove. Remember Edison and his famous lightbulb, after thousands of tries according to him “he found out so many thousands of ways not to create a lightbulb.”

So, with all due in respect of and to ourselves, we owe the chance to really succeed! We owe ourselves the chance to be happy with what we are doing, that is success! We owe ourselves the opportunity to grow immensely, to live passionately in our joy of achieving our dreams, to have “so called failed” and not allow ourselves to see it as such, but to experience the awe and great elation of making it work, achieving our desires, and the chance to display the might of the spider and the donkey to those blind souls, who can only see the man created “so called success!” GO FOR IT! NAMASTE! 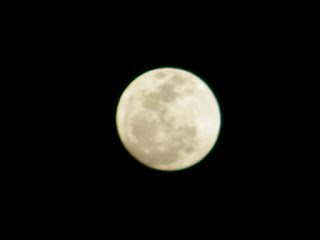 May the Divine Presence....

Give us the Breath of Life, Bless Our Existence with Its Wisdom, Strength, and Enlightenment….

Make us not just Spectators in the Grand Theater of the Cosmos, But True Fuel that Moves the Wheel of Ascension, Shared Compassion, Mercy, and Love….

Make Us All as Small as a Grain of Sand, Yet, Allow Us to Leave Behind a Great Legacy of Light, Hope, Faith, and Charity With Our Own Example…

That Embodies Its Higher Magnificence Within Our Soul, Mark Our Existence With Its Everlasting Gift of Giving Us the Christ I Am Presence that Makes Us Immortal …

Give us the True Essence in Ourselves to Realize the Richness, Prosperity, and Total Abundance that is Real and an Integral Part of Creation and Our Own Gifts To All By Our Sharing…

May This 2012 Wesak be Sublime in Our Realization Of the Grandness of Our Mission, and Love for Our Planet, Our Brothers and Sisters of the Universe, and the Everlasting Ongoing Search to Be Better Each Day, Expand the Divine In Our Existence, and Give Our Best To All.

To All That Encompasses Life In Its highest Divinity, the Lord Buddha, The Christ Self Higher Consciousness, Angels, Archangels, Divine Beings, Ascended Masters, Saints, Intergalactic Brotherhood of Light, and Our Brothers and Sisters Who so Lovingly Share This Planet.

What is Wesak and why is it so important?

Wesak is the most important of the Buddhist festivals and is celebrated on the full moon in May. It celebrates the Buddha's birthday, and, for some Buddhists, also marks his enlightenment and death.

Buddha literally means 'one who is awake' and has become enlightened. It is a term that denotes a person who has attained the supreme wisdom and compassion of Enlightenment.

Many of Buddha's disciples have attained Enlightenment, and there have been many other Enlightened teachers.

The celebration of Wesak is a chance to remember the story of how the Buddha gained Enlightenment, and to reflect on what it might mean for individual Buddhists to move towards Enlightenment themselves.

The festival is celebrated with much colour and gaiety. Homes may be cleaned and decorated. In Thailand, for example, special Wesak lanterns are made of paper and wood, and often there a large ceremonial releases of caged birds.

Chanting and praying are an important part of Wesak. The 'Bathing the Buddha' ceremony is also often included. Water is poured over the shoulders of the Buddha and serves as a reminder to purify the mind from greed, hatred and ignorance.

Chinese Buddhists incorporate elements of their country's culture into their religious celebrations like the traditional dancing dragons.

Gifts are taken to an altar to be offered to the Buddha statues. This shows respect and gratitude to the Buddha for his life and teachings.

If there is food it is usually vegetarian as Buddhists try not to harm animals.
Posted by Rev Barbara Soliman at 5/01/2012 05:06:00 PM No comments:

LUNAR ASTROLOGICAL AND MOON-VOID-OF-COURSE INTERACTIVE GUIDE FOR A THRIVING AND SUCESSFULL LIFE!


"...It is not, not having issues or challenges,
IT IS KNOWING HOW TO HANDLE THEM,
WHILE REMAINING IN CONTROL, CENTERED,
& WITH THE TOOLS TO SUCCEED OVER THEM...

MOST OF ALL, TO ENJOY THE TRIUMPH
OF YOUR SUCCESS!"

I INVITE YOU TO CONTACT
ME VIA E-MAIL:
revbarbarasoliman@gmail.com

..."Our Life’s Peace of Mind and Great Joy are not determined by our immediate environment, those in it, or surrounding circumstances... It is rather controlled in its tract by our reaction, perception, and placement of contextual value of whichever of its parts could potentially and subconsciously affect us... We have the power to stop hurt, pain, and disrupt before it can interrupt our rightful path!”


- Weddings, Unions, and Including Renewal of Vows

Past Life and Age Regressions